This post is adapted from The DAM Book 3.0. In this post, I outline the structural approaches for media management and how they are changing in the cloud/mobile era.

The argument here was how to store and manage metadata, and especially how to handle changes and conflicts between different versions of image metadata. This is a fundamental DAM architecture question.

For a number of years, the argument was largely settled – the only way to effectively manage large collections required the use of a catalog database to be the source of truth. This still holds true for most of my readers. But there’s a new paradigm for managing metadata/versions/collaboration, and eventually it’s going to be the best way forward.

The truth can also live in the cloud. And that’s the way that app-managed library software is being designed. It’s what we see with Lightroom CC, Google Photos, and Apple Photos. Because the cloud is connected to all versions of a collection, it can resolve differences between them and keep different instances synchronized. Typically, it does this by letting the most recent change “win,” and propagating those to the other versions.

Allowing a cloud-based application to synchronize versions and resolve conflicts is really the only way to provide access across multiple devices, or multiple users and keep everything unified.

The truth in the cloud is also the paradigm for enterprise cloud DAM like Widen and Bynder. It’s fast becoming the preferred method to allow distributed collaboration, even for people in the same office.

But there’s a rub, at least for now.

Cloud-based applications will not work for some people – at least not yet. The library may be so large that it’s too costly to store it in the cloud. Or you may not have enough bandwidth to upload and download everything in a reasonable time frame. Or storing stuff on other people’s computers may make you uncomfortable. Some of these problems will be solved by the march of technology and some may never be solved. 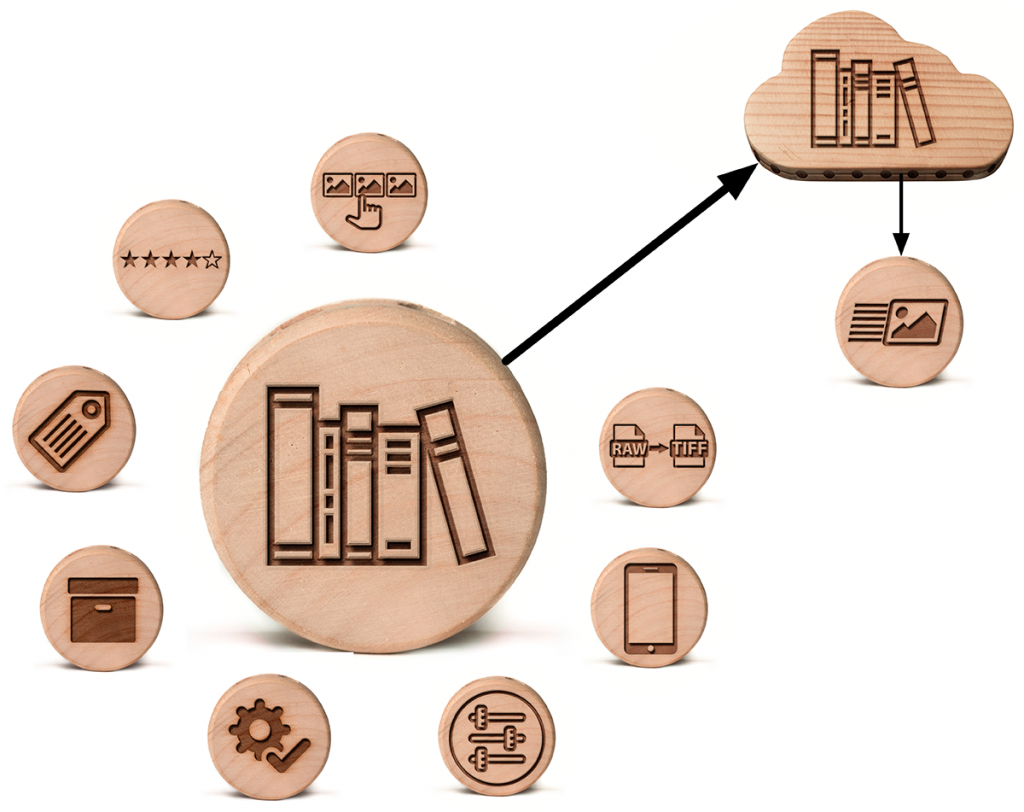 At the moment, it’s often best to take a hybrid approach where the ultimate source of truth lives in a private archive that is stored on hardware in your own possession. Files can be pushed to the cloud component to be used for distribution and collaboration.

As you decide which system best suits your needs, understanding where “the truth” lives is an essential component for creating distributed access to your collection.