Here’s a little more about our panel presentation on Saturday at SXSW. This is an extension of conversations I’ve been having with my three other panelists for years. 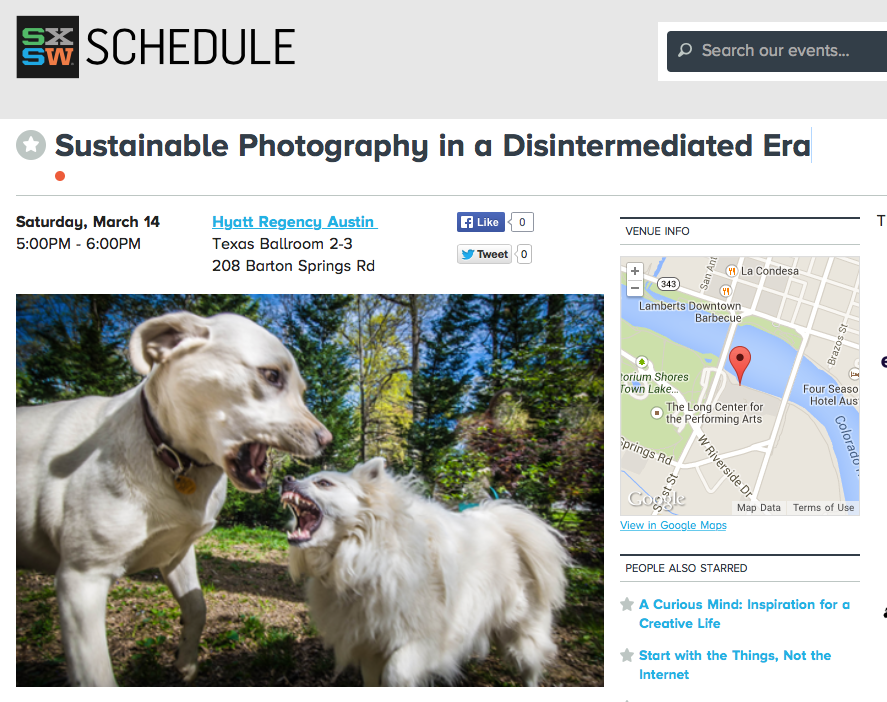 It’s a dog-eat-dog world out there

The Panel
Mikkel Aaland is our moderator. I’ve known Mikkel for about 15 years, and we’ve had the pleasure of working on a number of projects together. We’ve both been involved with Adobe and ASMP since the last century.  I was part of the Lightroom Adventure book projects in Iceland and Tasmania that Mikkel created, and Mikkel invited me to the Nordic Light Beyond Pixels Unfestival two years ago.

Mikkel is a poster child for embracing change and thriving on disruption. Coming from his roots as a traditional photographer, he was an early digital pioneer. He’s written and photographed many books – some about digital tech, some about ancient technologies, and some that are just about people. 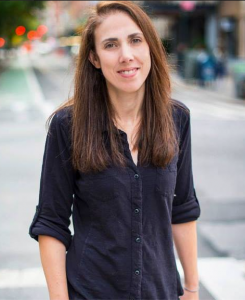 Anna has also embraced change with gusto. She has done extensive development with the Huffington Post tech team to develop an enterprise DAM system. And she has kept the pulse of nearly every new photo startup claiming to provide the firehose of content needed by online publishers. And she has been able to put them to the acid test – can they actually deliver.

Anna and I have shared the stage twice before: at PhotoPlus in 2013 and at last spring’s Palm Springs Photo Festival. Although we get to take opposing perspectives on stage, we’re good friends with broad agreement about where the future of media is going. 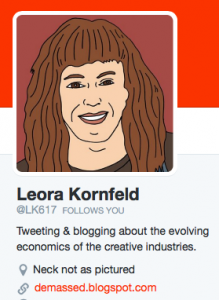 Leora Kornfeld was introduced to me by our mutual friend Eric Drysdale, with whom she shares comedy roots. She has a long background in traditional media, including radio work for the CBC.

When we met over Facebook a few years ago, Leora was working as a Research Affiliate at the Berkman Center for Internet and Society at Harvard. She’s been studying the effects of the fragmentation of traditional media entities. We hit it off immediately, and spent a lot of time comparing the experience of the practitioner (me) with the analysis of the academic (her).

Our Presentation
We’ll be looking at the effects of shifting market forces on the independent photographer. It seems as though everything about the way photographers built their businesses has changed. Media companies are in turmoil. The tools and methods of the trade have changed radically. The availability of crowd-sourced images has eroded some markets completely. And people’s concept of a photograph’s value is all over the map.

How do we carve out a place in this tumultuous ecosystem? Well, there are some ways forward, and we’ll look at them from each of our different perspectives – photographer, client, academic. While the way forward is not clear, and certainly contains risks, we think we can help identify strategies that can work.

Our panel comes at the end of a day-long track that presents pieces of the very same changing landscape. what is the historical context, how are big media companies coping with the issues, how does social media push new norms legally and socially, and how are new hardware and software developments going to affect us?

I’ll post some of the more promising ideas here, as well as some of the new stuff I run across. Like the SXSW of the last two years, I expect it to be a fertile place to see how photography, technology, media and culture move forward.