The most interesting thing I saw at PhotoPlus Expo was being shown at the Samsung booth. They were showing off their new lines of what I’m calling (for now) Smart Cameras. The Galaxy NX is a mirrorless camera with interchangeable lenses and a full Android operating system (Photos). While I did not love the form factor (yet), I see this as an essential key to the development of cameras. In a couple years, I assume any thriving camera maker will need to have this. 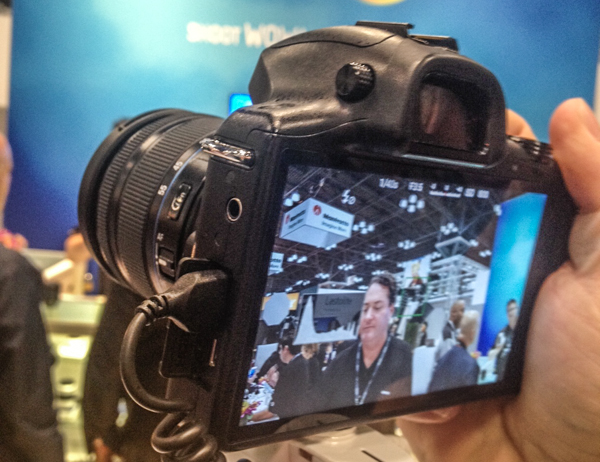 Yes, really. DSLR users now have cameras with more computing power than some of the desktop computers sitting in my storage room. But they have an interface from 1985. It’s limited to what can be done with menus and submenus. The photo below is about as sophisticated as it gets with most DSLRs.

Furthermore, DSLRs can’t accept Apps. So you’re stuck with the functionality that Nikon and Canon make at the factory, code into multiple languages, and burn onto the camera’s firmware. There’s no way for innovative users to customize their cameras in useful ways. I can’t even tell my D700 I want 2-stop bracketing for HDR. Jesus. Dumb camera.

Samsung has shown the way with these new Android-based cameras. You can do pretty much anything on them that can be done on an Android tablet. Yes that means you can play Temple Run, or email, or check your calendar or surf the web.

Of course, the advantage here is not that the camera allows you to do the same non-photo stuff your smartphone allows. The advantage is that you can customize your camera, run photo apps , and publish or upload to web (or your own online storage space) immediately. This part is going to be revolutionary when it becomes mainstream in real cameras.

This will reduce the friction from photo publishing and distribution by 100-fold, for those who want to use a good camera. It will allow in-camera tagging by GPS location, event name, people pictured, and more. You’ll be able to review photos much more easily, and immediately send to web.

We’ll also get auto tagging. Your Smartphone knows who you are meeting with, and the names of events you attend. Why not tag these in-camera? My calendar knew that I was at the Fotoweek Opening Night party last night. If the camera can see that I’m within the time-space coordinates of 7:30-11:00pm and a 100 yard radius of 16th and M, it can make a really good guess that the photos should be tagged with the event name. 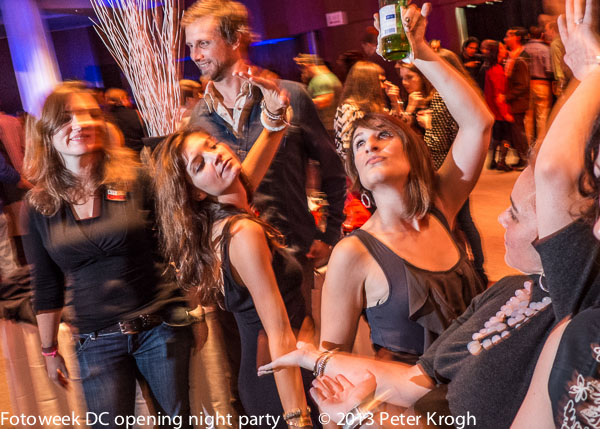 And we’ll be getting even more and better device apps. Tom Hogarty has already demonstrated Lightroom running on an iPad (33 minute mark). They will probably make an Android version too. So you could have Lightroom running in your camera, seamlessly integrating with your home catalog.

And, as we have seen, the real development in device-OS development lies in the ability of independent developers to come up with great ideas, make the apps, release them and change the world. The stuff I’ve outlined above are just the obvious ideas.

Yes, for many people, the Smartphone will be the only camera they ever need. But the popularity of photography as a dedicated art form – and not just a memory-keeping activity – is increasing. Many people really want to have a camera, not just a phone that shoots pictures. But they want all the capabilities of the phone in the camera. Smart Cameras will enable this. They are enabling this right now.

I hope we see a lot of other manufacturers running to the creation of Smart Cameras. I’d like a robust marketplace. And I’d like to see how the Nikon engineers integrate a touch screen into a machine with the wonderful ergonomics that they currently build.

Smart Cameras. Going to be big.