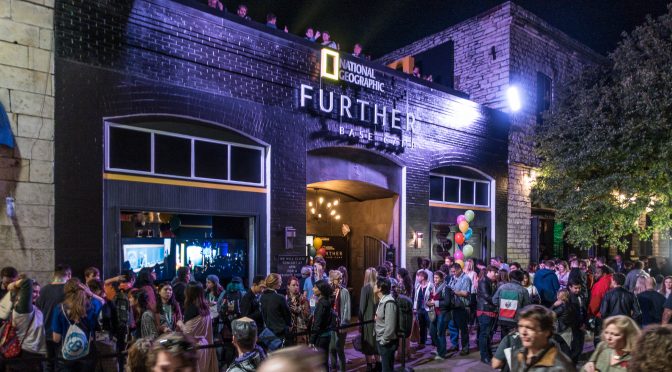 Once again it was a great festival: fun, exhausting, and thought-provoking.

Our talk, Adding Meaning and Context to Visual Media was a packed house, turning people away at the door.  As with previous years, one of the main values to me was the time spent refining the presentation, and distilling the ideas to a logical sequence in digestible form. I’ll do a blog post hitting the main points, and I’m hoping to give the talk again with my fellow panelists, Anna Dickson and Ramesh Jain.

Sell-out crowd, with line out the door at our SXSW talk this year.

This year, I spent a lot of time learning about Artificial Intelligence, and came away with a lot more clarity about what AI is, how it is being developed, and how to take advantage of it. I also saw some of the ways AI-based assistants are shaking up the world of computing. I believe that Google home, Amazon Echo, Siri,  and Facebook Messenger are actually racing to become the new dominant operating system. Natural Language Processing and Conversational UI will be the way we interact with computers in the future. The way this shakes out will be really important. I’ll have a post on that as well.

Photography (in all its many forms) continued to be a major component of what I saw at SXSW. This ranged from “traditional” photography, like Cory Richard’s keynote, to photography as advocacy in Aaron Huey’s work, to Casey Niestat’s new network, and on to the VR exhibits. 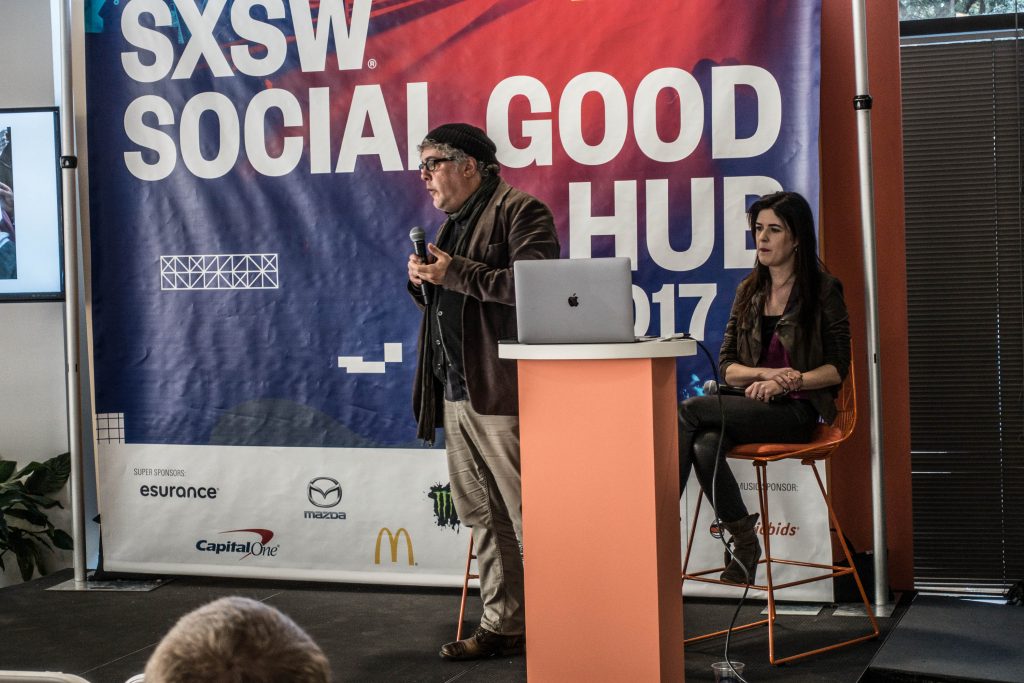 Ron Haviv and Lauren Walsh spoke about the democratization of archives and the Lost Rolls project.

There was more political activism, analysis and anxiety than in years past. This included a pretty frightening discourse on big data and fascism (from historical and speculative viewpoints). There was also a heavy emphasis on using creativity and technology for public good. Carina Kolodny and Marc Janks spoke about driving change through multimedia storytelling at Huffington Post. Rainn Wilson (Dwight!) spoke about building Soul Pancake, a media company based on empathy. 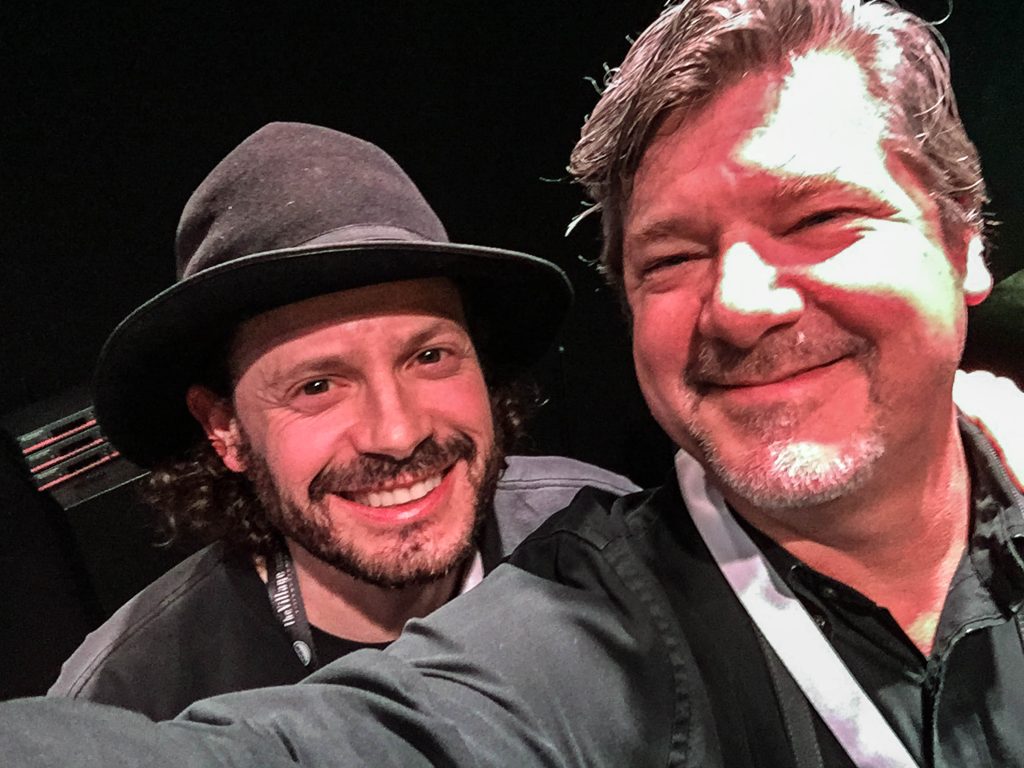 I was inspired talking to Aaron Huey about his advocacy efforts. 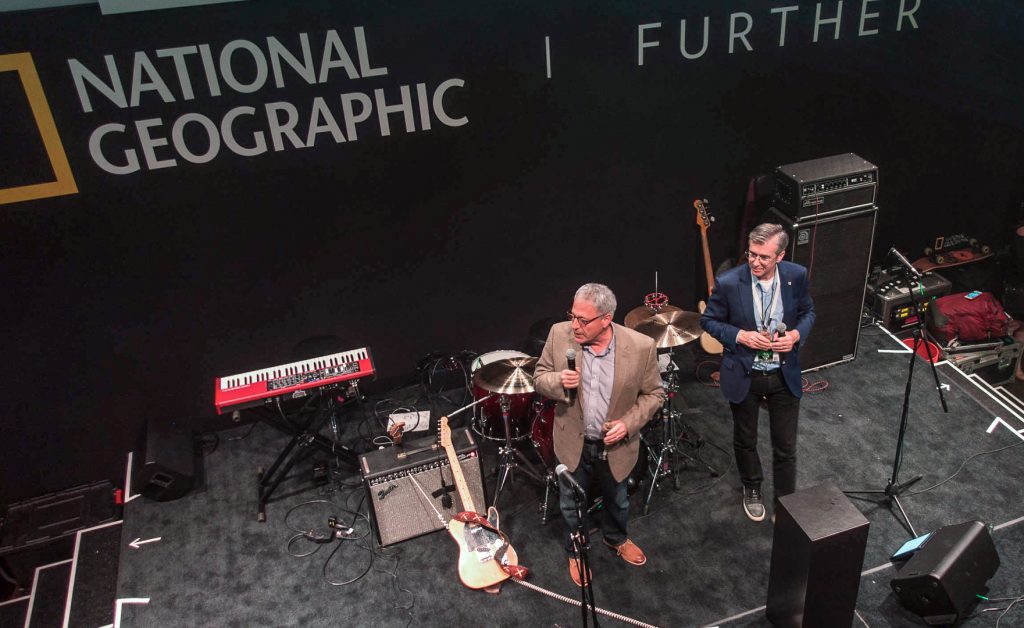 Gary Knell and Declan Moore address the crowd at NatGeo Further Base Camp.

PhotoShelter sent down an exploratory contingent, including CEO Andrew Fingerman, founder Grover Sanchagrin, and Content Marketing Manager Deborah Block. I hope to see an even greater presence next year, now that they have been able to see the opportunities it presents. 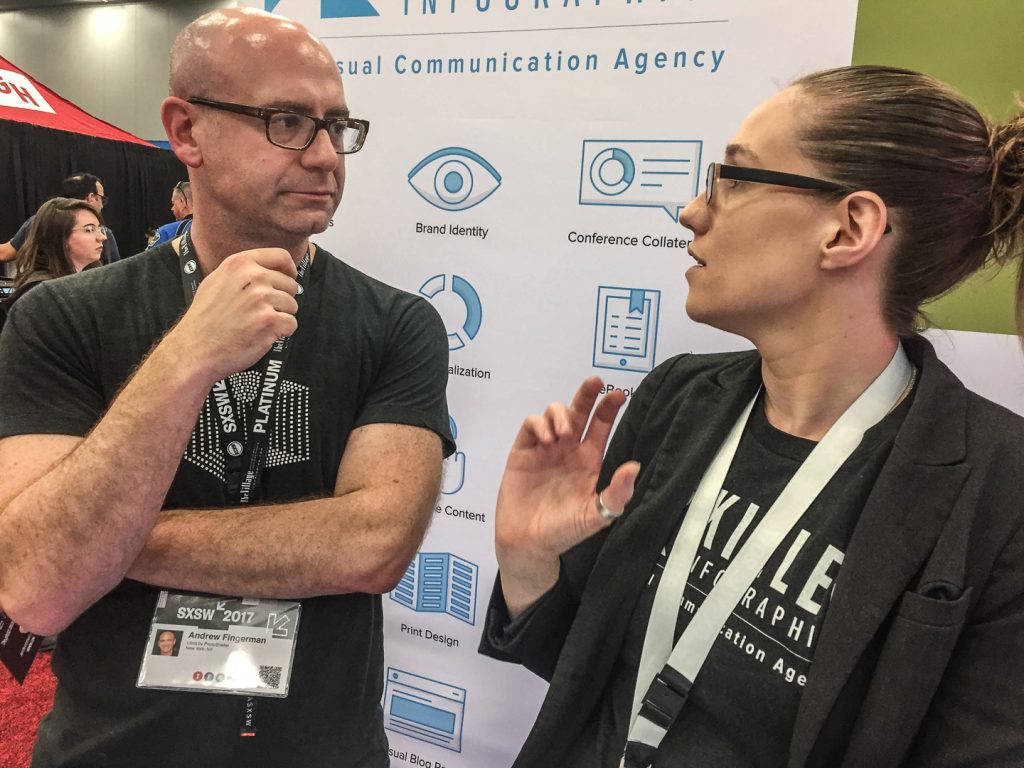 Andrew Fingerman talks with Amy Bailett of Killer Infographics about the changing nature of visual communication.

Of course, there was also great music, and again this year I got a small taste of it on my way out the door. One year, I’d love to stick around for the last 5 days of the festival and take advantage of that platinum badge. But, honestly, I’m just so exhausted from the Interactive festival that it’s hard to imagine spending even more time fighting crowds. 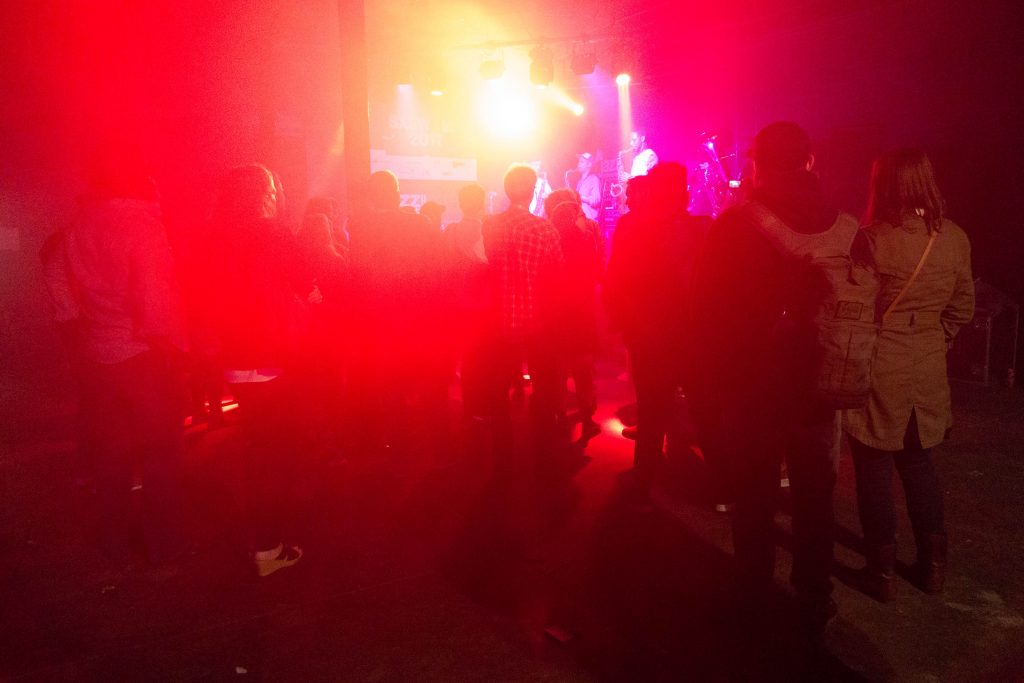 Some jazz band I stumbled across at 2am, that was just amazing…

I’ll make some further posts that outline some of my findings, starting with one about AI.

As I tell all my photo and tech people, I continue to think that SXSW is one of the most important events that anyone in media can attend.  Media is inherently driven by the technology that enables it. Even more important, I believe it’s really beneficial to understand how technology, content, and business models intersect. I think SXSW is one of the best places on earth to see what’s coming down the road.