The Nikon D850 has been announced, and it looks like a heck of a nice camera. The headline stuff includes everything we’ve come to expect from the next magical generation of digital SLR cameras – 45 megapixels, 7 frames per second, ISO 25,600, 8k video, touch screen, and so much more. 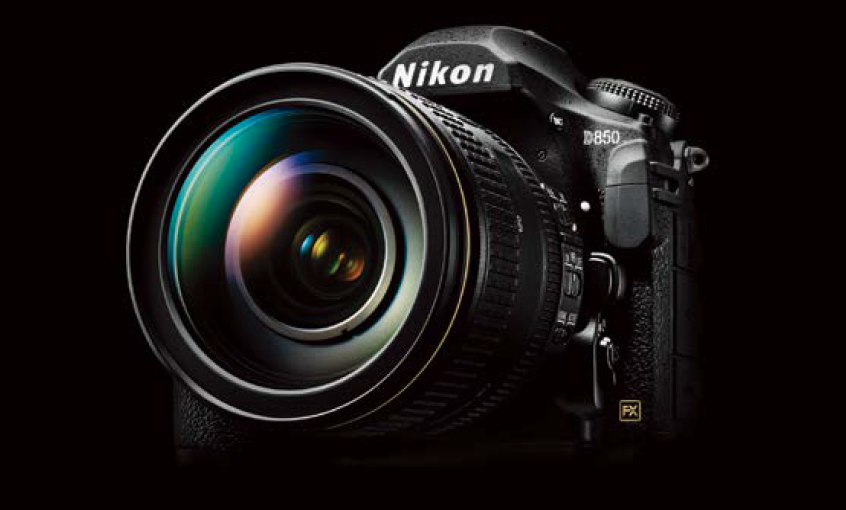 But tucked away on page 85 of the PDF brochure is this: a negative digitizer! Apparently the camera has a built-in algorithm for flipping negatives positive.

Some seasoned photographers may be exploring ways to convert their film assets created with old cameras into digital data. Taking advantage of its high-pixel count of 45 megapixels, the D850 offers an option for digitizing film (35mm-format), which can handle color and monochrome negatives. First, set an optional ES-2 Film Digitizing Adapter onto a lens such as the AF-S Micro NIKKOR 60mm f/2.8G ED attached to the D850. Then, insert the film to be digitized in an FH-4 Strip Film Holder or FH-5 Slide Mount Holder, and shoot. The camera’s digitizing function automatically reverses the colors and stores them as JPEG images. This once time-consuming process involving a film scanner can be done much more quickly. You can enjoy pictures with family and friends while selecting and digitizing by displaying them on a large TV monitor connected via an HDMI cable. Enjoy your old film images by digitizing them with the D850. 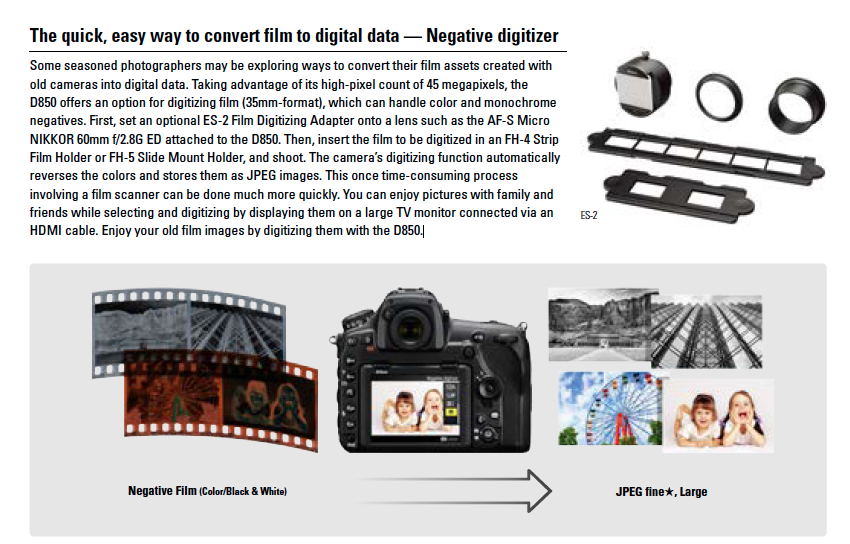 There are several items above that I’d love to test. If it could handle color negatives reasonably well, this could be a major workflow improvement for camera scanning.

And I don’t really like the ES-2, but there’s no reason not to use a rail system or copystand /lightbox .

In any case, it’s very exciting to see Nikon acknowledge this missing market niche, especially when so many photographers have mourned the loss of the Nikon scanner line.