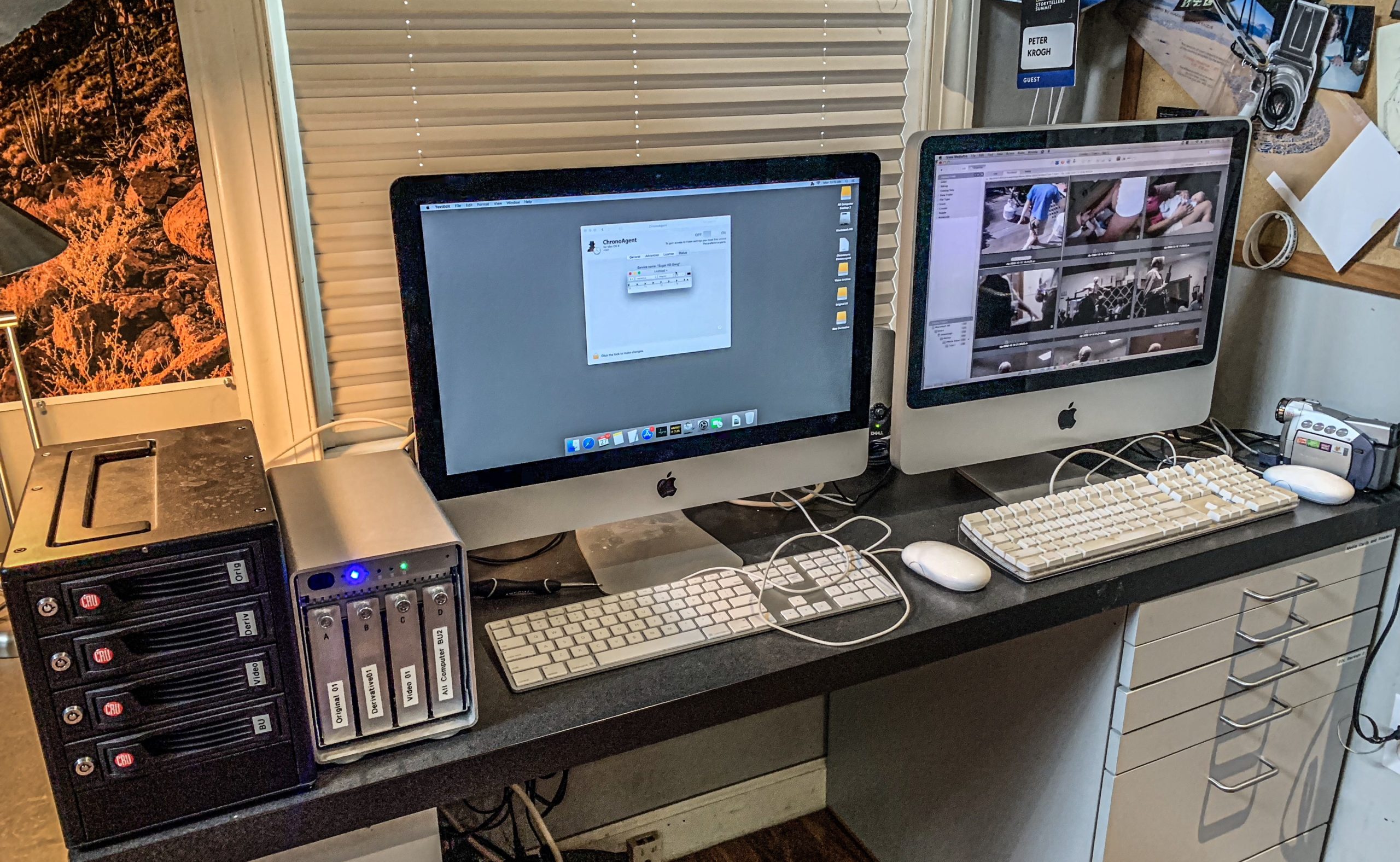 I’ve been using ChronoSync for many years, and depend on it to manage backup from several machines to a central file server. It has worked quite reliably over the years, and I have only had to do some occasional maintenance. That changed over the weekend.

I’ve retired the old 2007 iMac that was my file server in favor of a 2015 model. This allows me more flexibility in drive enclosures, since it supports USB 3 and Thunderbolt.

The 2007 was still running 10.6, which is from 2009, but everything worked just fine. However the new computer (running 10.13) kept failing when I tried to synchronize. I tried everything I could think of – clean install of the OS, run a test sync on newly formatted backup drive, change permissions. And still the problems persisted.

The most common problem was ChronoSync failing during the sync, with a message that the target was not available (even when the target was clearly mounted), or the file just failing to sync.

And then I remembered ChronoAgent. This is an option application in the ChronoSync suite which manages the connection from source to destination. After a quick installation, the problems have all seemed to disappear. I’m still testing all the machines that are pointed to the server, but it seems to have solved the problem.

I know several people who have complained about reliability issues with ChronoSync. When asked, my new reply will be to suggest setting up ChronoAgent.