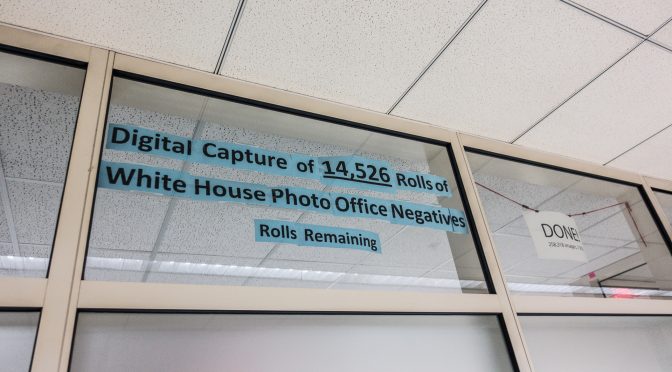 I had the pleasure of making a visit to the National Archives and Records Agency early this month, meeting with Steve Greene and Cary McStay who are in charge of scanning the official photos from the Nixon administration. They are using a digital camera to do the scanning, in much the same way as I outline in Digitizing Your Photos.

The film from the White House Photo Office was transferred to NARA so that it would be sure to be preserved. (This was done along with the audio tapes which are still being digitized.)  There were 258,318 images on 14,526 rolls. Most of it is 35mm b&w or C22 negative film.  There is also some 4×5 film.

NARA first used conventional scanners for the project, but it was clear that conventional scanning was going to take too long to accomplish. They began testing camera scans, and became very comfortable that the quality coming out of a D810 was high enough for the vast number of uses of the archive.

Shown below are some of the photos that were scanned as part of this project. Eventually, the images will be transferred to the Nixon Library in Yorba Linda, where they will be available to scholars, authors and others interested in this period in our history.

PS – NARA is also digitizing the Nixon audio tapes. These are going more slowly due to a number of factors, and are still in production. 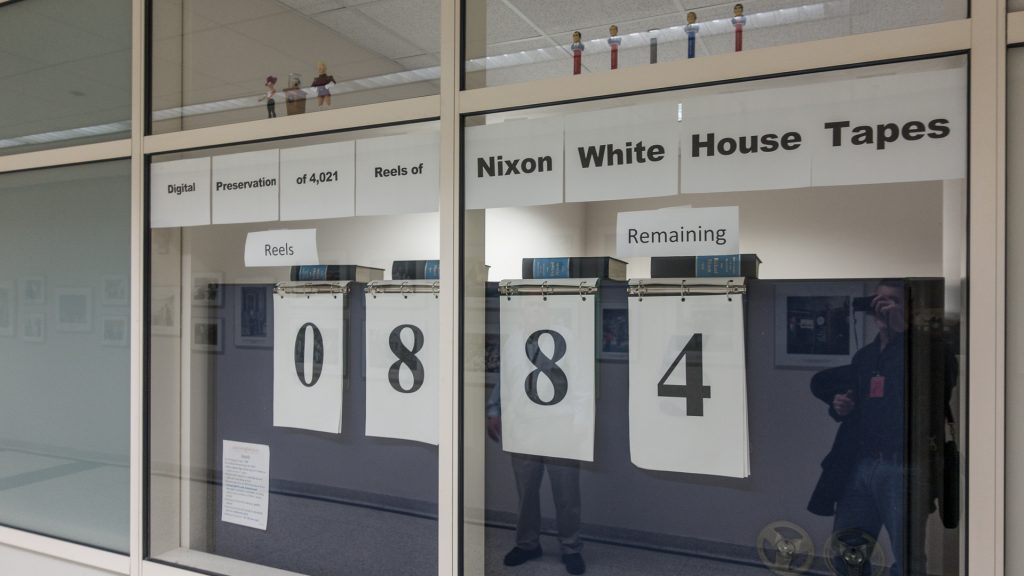 The window into a hallway at NARA counts down the remaining Nixon tapes to digitize. I had not noticed it at the time, but there is a nice collection of Nixon-themed figurines sitting on the window sill, including the presidential series of Pez dispensers and Futurama figurines.